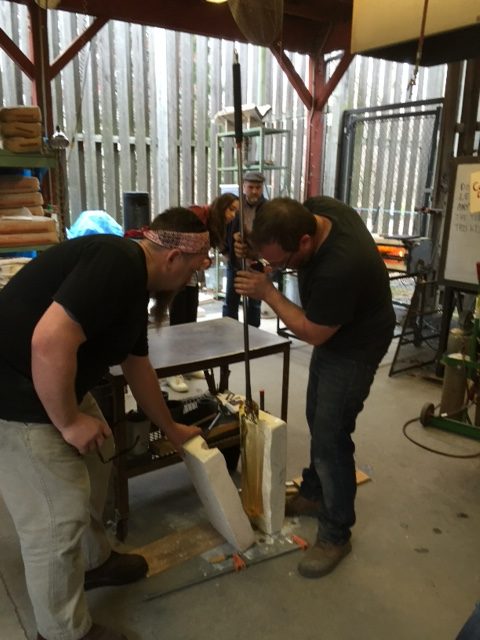 The cross was made during the Lenten season. Church members wrote lists of personal sins in response to a Lenten sermon series on the Seven Deadly Sins. They shredded their lists and brought them to a glass studio, where they personally placed the paper bits into the blown glass forms used to make the cross image. The hot glass reduced the shredded paper to ash, which was then sealed into the glass. The cross now hangs in the church in Harrisburg, PA.