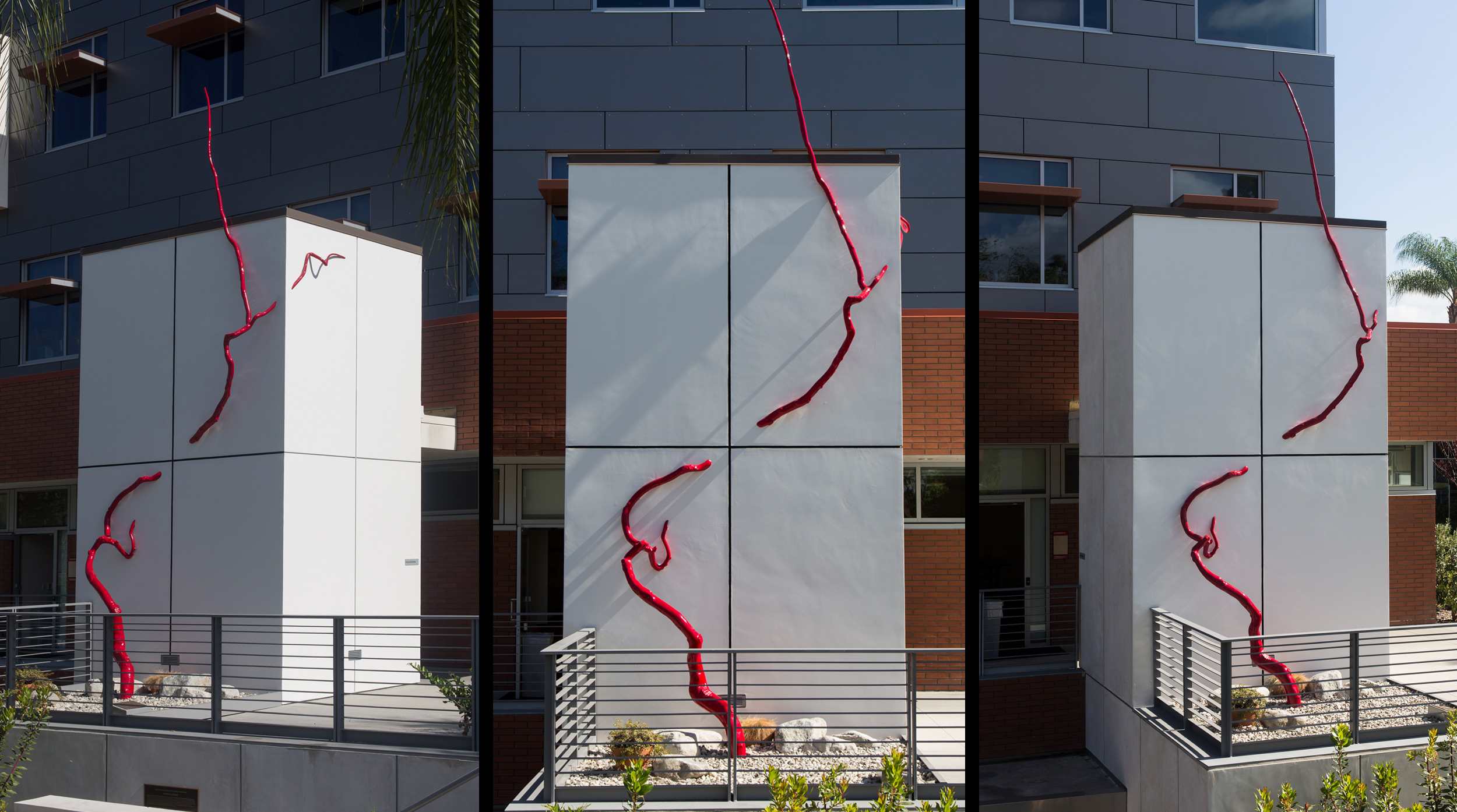 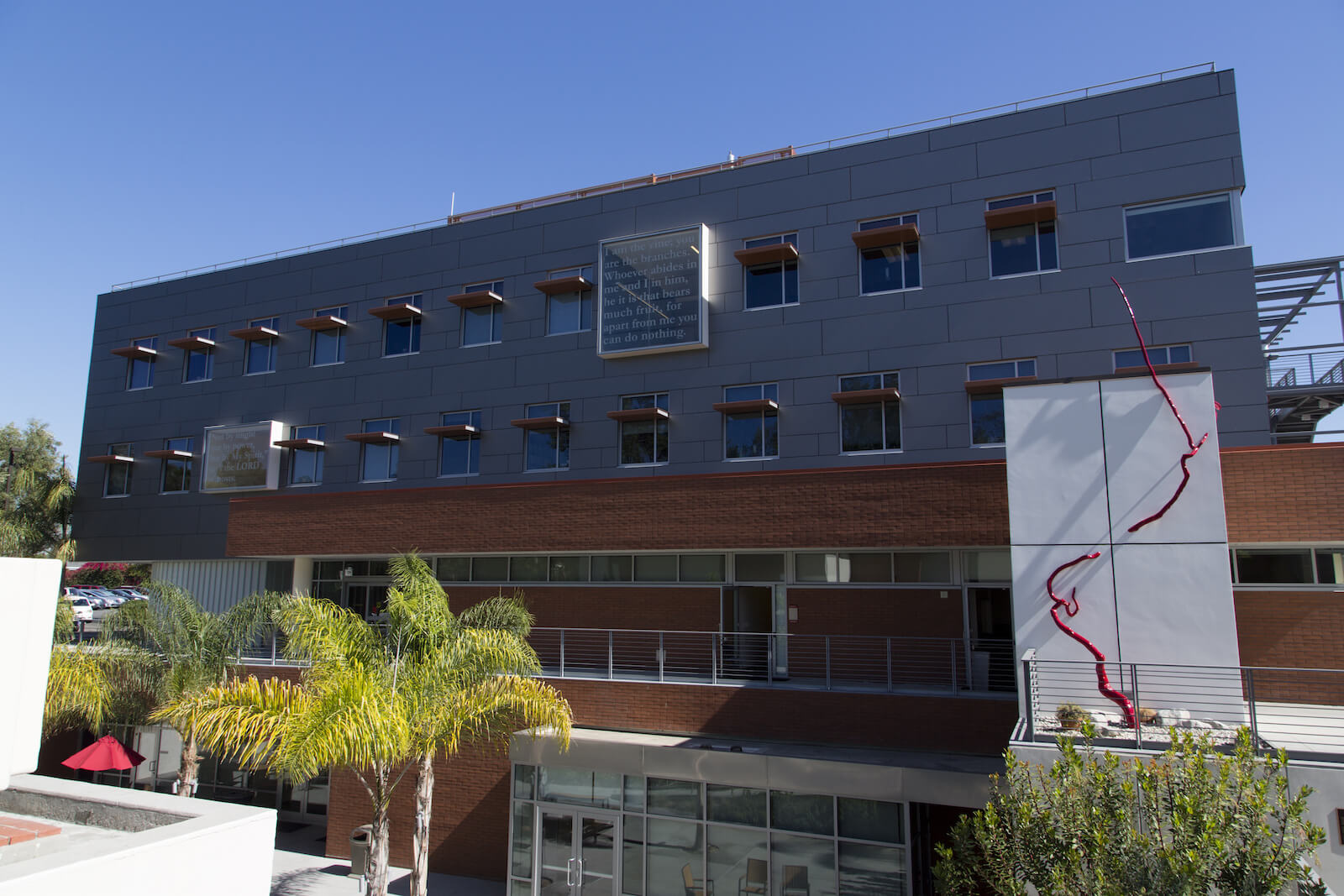 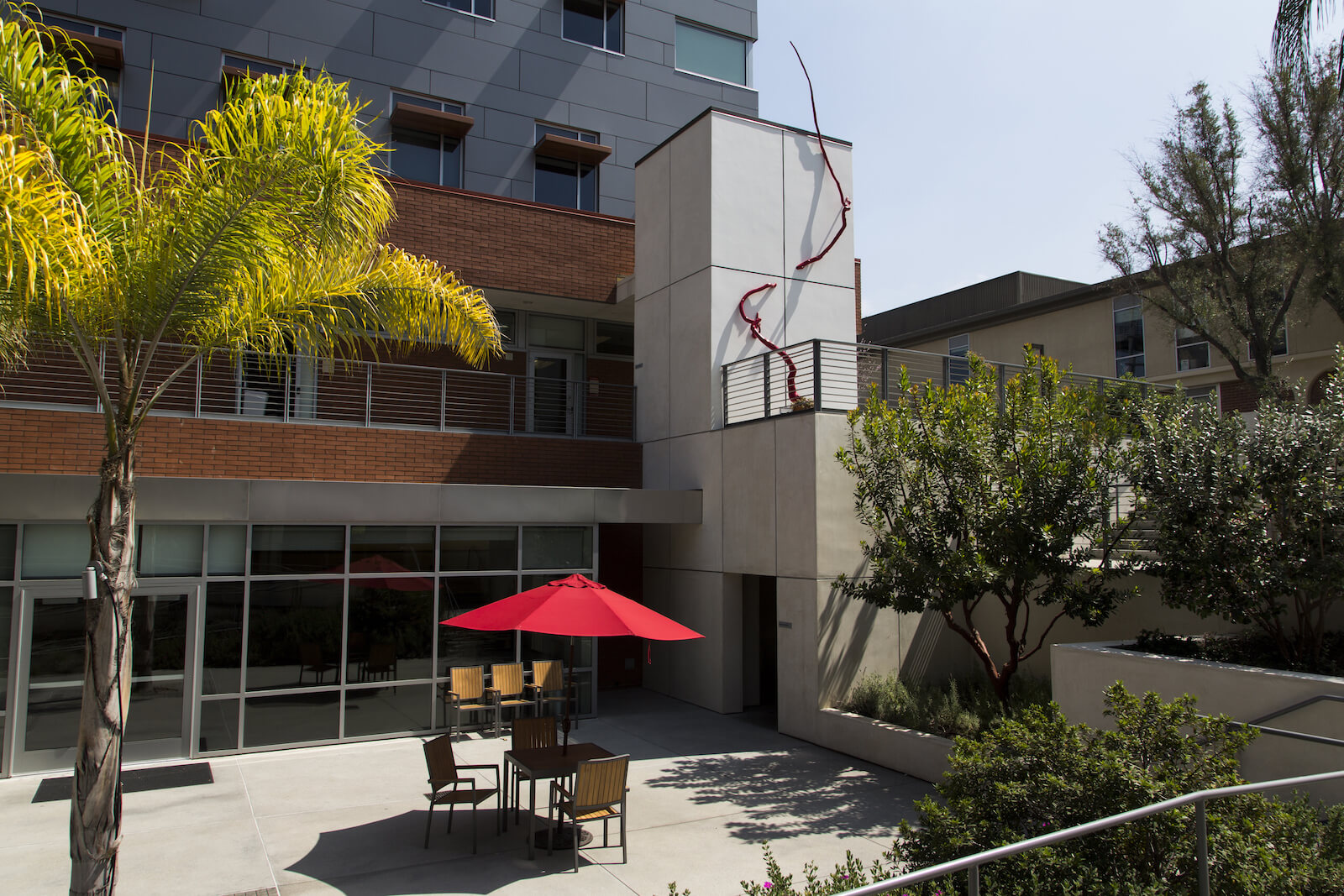 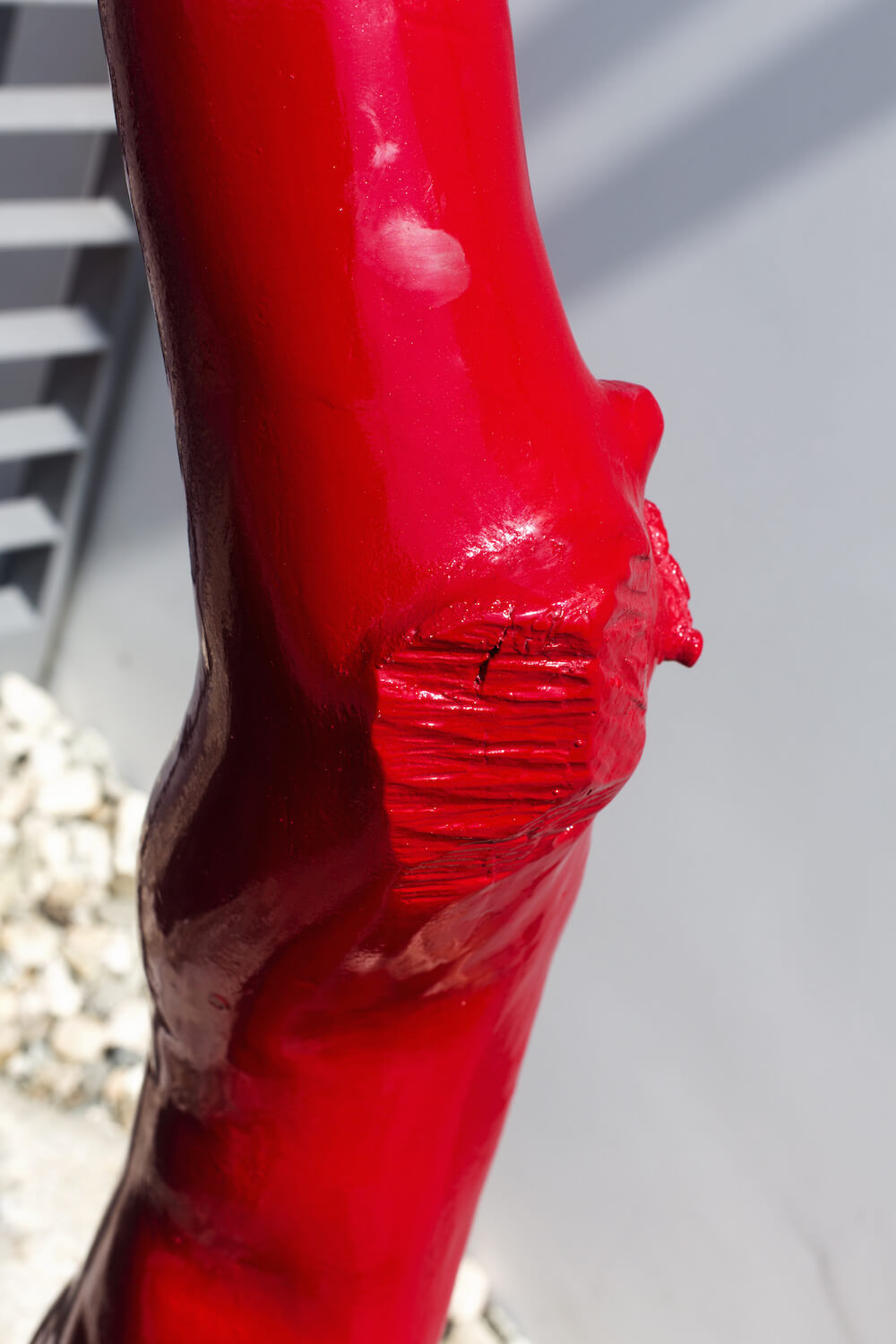 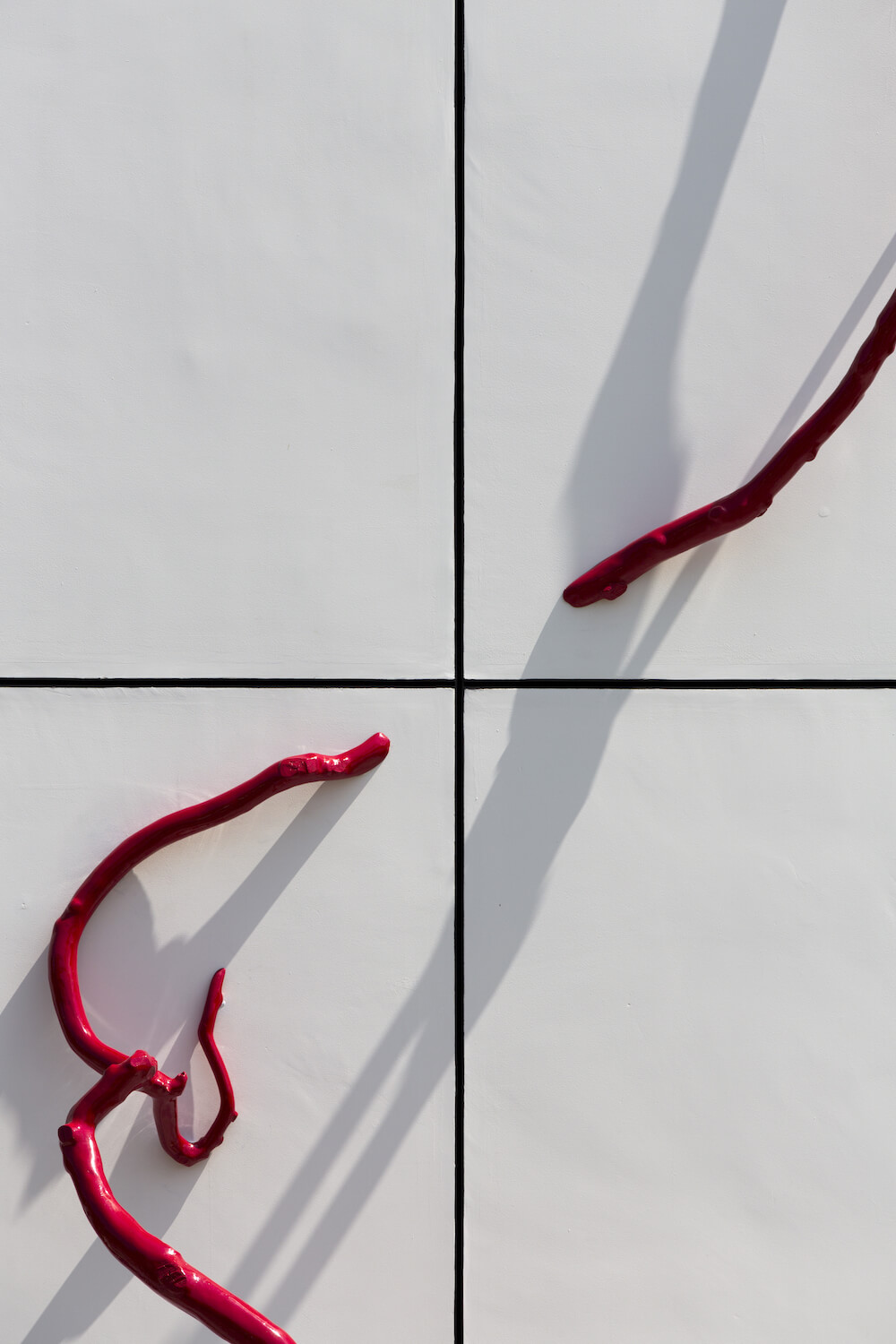 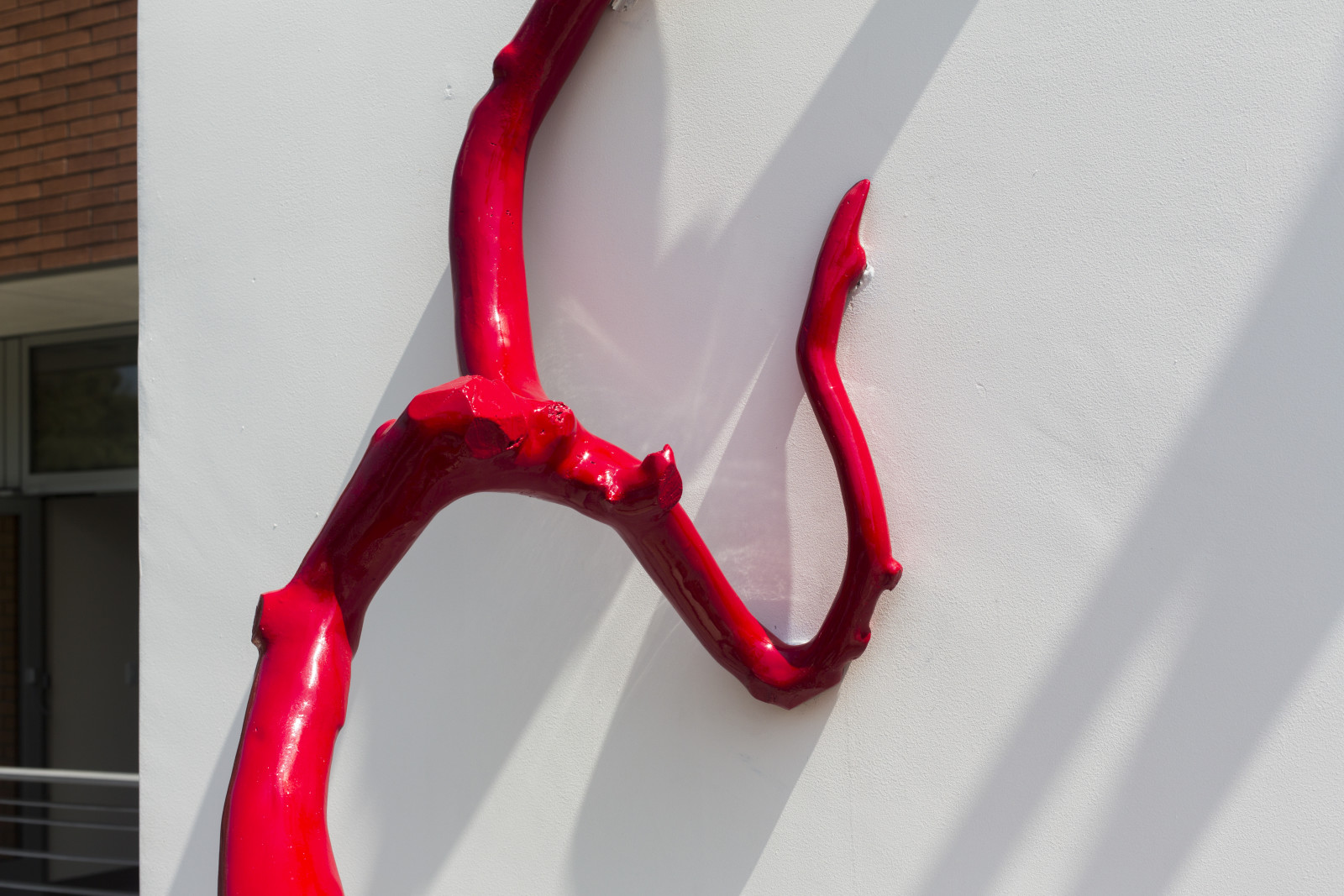 True Vine was made for Biola University, in La Mirada, CA. Proposals for the sculpture were to address the teachings of Jesus. I chose the text in John 15 where Jesus identifies himself as the “True Vine”. When I visited the site, I was surprised and delighted to see that text etched into the third story window of the adjacent Talbot Seminary building.

The 18′ tall elevator shaft wall is stark white, and a structural channel that divides the wall into four rectangles creates a thin black cruciform. Its simplicity reminded me of some of Kazimir Malevich’s paintings of crosses. They were spare, and often contained only three colors, white, black, and red. Those paintings gave me a color palette, and a sense of the iconic potential for a sculpture.

The vine forms were made by assembling sections of apple limbs together. The process involves a trial and error search for the right arrangement. I am drawn to using forms and materials whose character comes from forces outside of my control, like wind, light, weight, and pruning. To me such forms contain the beauty and expression of the Creation.

The wood constructions were cast into bronze by two sculptors in San Jose, CA. I had initially planned to patina the forms, but decided that automotive paint more readily provided the intensity of the red I wanted, and was easier to maintain. So, True Vine was painted at a custom car shop near the campus. It is fitting that the car culture of Southern CA should make its way into the piece.

True Vine has an intimate relationship with the thin cross form that divides the wall, apparently entering into it and disappearing, and then emerging to move over and through the form to what is above. While it is theologically suggestive, True Vine is not an illustration of John’s text. My goal was to make a beautiful and striking piece of sculpture that speaks poetically about the mysterious reality found in Christ’s words, and His cross.